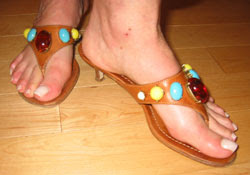 Thanks for all the comments, we see them stream into our email and enjoy them again as we look over the blog. Cyndi's comment on the service did make us smile: "Sasha, I can't stop thinking of the Rabbi's words.."this is not a coffin, but a treasure chest". That is the smile that I send to your Mommy and Daddy today." We would love people to share anything that stood out for them about the service. And I was struck by the economy of honour in Michael and Anastasia Khoo's wish: "...may she rest well after a life hard-fought", I would just add and well lived. Thanks for all the comments.

I'll fire off snippets of moments and conversations during our shiva, knowing that I capture just a tiny fragment of the different and new and unexpected rather than the continuous wonderful time by family and close friends that we are deeply touched by. So these snippets will not record each name, I thank all, as I am apparently not supposed to do, for sharing with us. We are meeting wonderful people from formative times that preceeded our marriage.

Next I read to Pamela as she breast fed Marianne's incredible letter from Mariane who saw Sasha in her last week and I wanted to share just her description of Sasha because it was so powerful to us. Mariane you caused us no pain, just a huge release of emotion after reading your four pages of tight hand written support and thoughts.

"During our brief meeting, I was struck by her presence - very grounded, intense presence. She sure was all there. I loved her brightness, how she looked at me straight and deep in the eyes to read me. There was nothing weak, meek, sorry about her. I am infinitely grateful for that chance at a glimpse of her, her spririt, who she was. I loved the way she touched my hand or my arm, as if she really meant something by it. Her hands were artful, poetic, so fine and sensitive, made for touching, so obviously. I know I only saw so little, but what I saw was beautiful; I wanted to tell you it meant a lot to me to be able to salute her, to know who was here. Even if it was so short an afternoon. When you all are ready, we will come salute Mia."

With Phylis and Arla and Nancy we dived into red from Phylis's thread bracelet of Kaballah. In Vietnam and Sicily a red ribbon on the living wards off bad and red ribbons are thrown into new houses and Serbian's have red ribbons for births and Sick Kids have a red bracelet campaign. We have seen a lot of red blood in the last 6 months, for the first time. And Sasha was so pretty in pink because that is Pamela's colour, beside black, and white. The De Vinci Code has returned the notion of bloodlines as a history to revisit and the inclusion after exclusion of woman into the panetheon of wisdom and power. Nancy once had to fill in a city survey asking her race (we expect as affirmative action) and realizing that her Lebanese, Sicialian, Mohawk family made her non-Caucasion. Michael Saunders being a gastrointerologist was interested in Sasha's testing. What do you screen for, what are the odds of the screen, what do you do with the knowledge? As a father to two healthy grandparents the doctor in him worries as his daughter in law ages so we were back, not unpleasantly, to doctor talk about our daughter. He also thought Sacha vomiting blood last summer was nose bleed due to coagulation issues rather than bursting varices and advancing portal hypertension.

Blood is a medium joining spirit and science. And now we stack empty plastic cups of juice rather than of Sasha's blood and though I miss her dearly I am at peace that she is now spirit.

Our family wrestled with the implications of genes and blood as we waited almost a year for the full cycle of tests to determine Sasha's mutation was random, autosomal dominant. Henry has worried of strong men in his family who died early due to sudden heart failure. He had such pain in his eyes when I explained to him that Sasha experienced two small strokes at the end of CCU. Sometimes during illness, one family focus and worry becomes, Is this hereditory? We have wrestled with our worst fears together.

It was an intense conversation and so we looked for lighter hearted treasure as the girls all gathered to hold Mia and look at videos of the sisters and we enjoyed Marilyn's shoes. Pamela and the sisters noticed that Sasha would check you out, from toes to head, intensely.

The shiva in the evening was overflowing in the back garden. Ron, our neighbour from across the street, sang a beautiful service covering afternoon and evening services. It was long and the time allowed me an emotional conjuring up of images of Sasha in the garden. It was also excellent to meet Pam's old family friend Marci Allen and her cousins Devora and Shira. Devora's creativity is channeled through her design company, Red Threads Design. I had not met them before and we promised to bring the families together later in the summer.

And Dr Jonathan Hellman, of Sick Kids NICU, encouraged us to think about how the Sasha Bella Fund could specifically support the family centred care focus at Sick Kids.
on Tuesday, June 27, 2006