The Temmy Latner Centre and the Max and Boutrice Woolf Centre for Palliative Care held a unique and deeply moving memorial to the children and adults who died in their care over the last year. The memorial was held in the beautiful Floral Hall at Edwards gardens which was the perfect setting with its natural stone construction and lovely flora of all kinds.

As caregivers and parents spoke, other parents and children and family members build a small but elaborate house made from sticks and boughs tied together with colourful ribbons and decorated with feathers and flowers. An oval cupped wooden frame with sheep wool was then inserted as the floor.

Into this house we placed small objects in memory of our loved ones. We put in a baby Raggedy that we bought from the 5 Fifty 5 shop at Sick Kids and one of Heather Rivlin's photos with Sasha holding her Raggedy on Mom's lap with the IV in the background.

Then the youngest and the oldest were invited to say a blessing and Henry carried Mia to stand around the house with other children and grandparents.

The tempo of the 2 hour memorial alternated between stories told from 4 microphones and the ever changing group of siblings and parents and grandparents constructing the house. 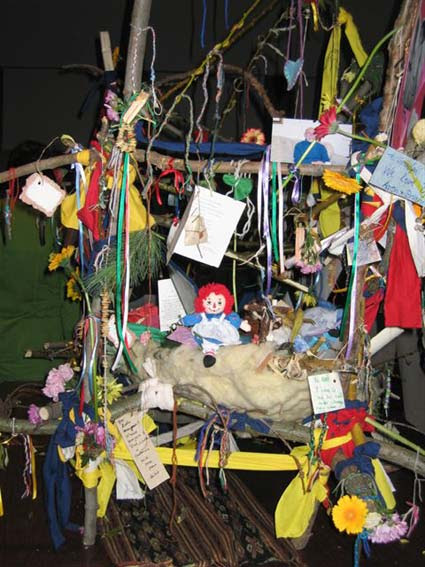 Stephen Jenkinson introduced the ceremony as a time to re-member which he said was not the opposite of forgetting but of dis-member: we were here to reconnect with people separated from us. Jennifer told us about where they found each of the items used in the house and reminded us that the trees were a short time ago living things, connected to trunks. A duo sang and played violin of a melancholy and undefined music from 'The East'. And a number of doctors shared their special memories.

I feel privelaged to know such a deeply compassionate and spiritual team of care givers and, as the team members expressed over and over, they feel privelaged to care for our dying loved ones and then supporting the families when they grieve.

One woman related how she and her partner were married at home just before Olivia's death and I could feel that same sacredness she mentioned in the care and attention put into getting Sasha home again.

A little girl named Sage who was almost two joined in several times through the evening with loud shrieks of excitement that sounded so like Sasha. 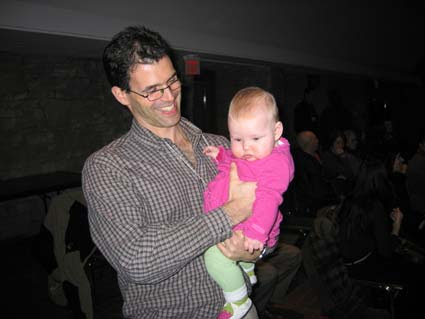 It was very special to see Russell and have him hold Mia and play with her. As we heard from other doctors and nurses and specialists, we could see that the Centre attracted gentle positive people. I met Ceilidh the life specialist from HSC 4 who had worked with Sasha and Mom during the day when I was at work.

I was asked by Dr Chris Newman to speak about how the Center had helped Sasha and when I did speak I ditched my notes and spoke from my heart as I had noticed noone else used notes. My written words are a bit melodramatic, but true nonetheless. It would be nice to be able to write like you speak.

The evening was designed to help us reconnect not only to our loved ones but also to the people who became like family during intensely emotional and intimate moments and who then disappear from our lives.

Packets of sunflower seeds were placed at the door for planting because of their big happy faces.

It was a memorial unlike any other I have witnessed.

This seems the perfect spot to show you the two trees planted in Sasha's memory on Paint Lake: 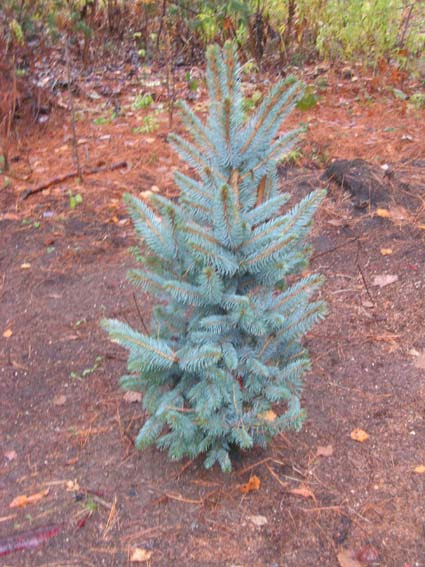