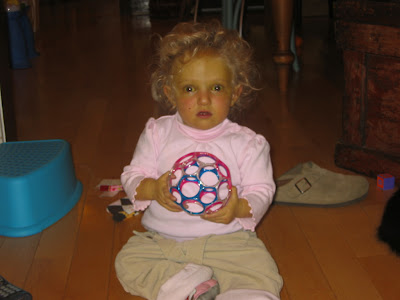 MC Harvey Atkins started the evening with a joke: "The Italian says, I am tired and thirsty. I must have wine" and so on for the Scot and the Russian and the Pole etc. "The Jew says, I am tired and thirsty. I must have diabetes." Lots of laughter, some awkward laughter and a few started looks. And there was lots more such hamishe humour since Harvey knew his crowd, the family who setup the Max and Beatrice Centre, director Larry Liebrach, Ujavascript:void(0)
Save as Draftnicorn Dream Dinner Robyn Posen, all the women on the organizing committee. The Jewish community has rallied generously in support of paediatric palliative care. I allowed myself a moment of pride, put aside my internationst tendencies and chalked one up for the struggle for freedom and justice and enlightenment.Those touched by Sasha's story may wish to ponder the meaning of the death of five month old Khaled Fakih, a little blue baby who recently died at a checkpoint. The only difference between Sasha and Khaled and his desperate parents and us is that Sasha was born in Toronto and Khaled was born in Ramallah under Israeli occupation. The Palestinian nation is on life support, walled in, open sewage in streets, children malnourished, hope and dreams dying.

For those who care about peace and positive initiatives, please join me at The United Jewish People's Order on Thursday May 10th at 7.30 pm to hear Robert Massoud of Zatoun speak about his not for profit organization supporting Palestinian farmers to support themselves by buying their West Bank olive oil. Zatoun supports fair trade organic farming, replants olive trees, supports Project Hope and the Palestine Fair Trade Association and imports olive oil soap from a collective using fair trade practices in the Roman Catholic parish of Taybeh (located on a hilltop between Jerusalem and Jericho). Zatoun offers an inspiring local success story consistent with the words on Sasha's tombstone: we can change the world with our own two hands.
on Friday, May 04, 2007